The Choir singing Christmas music in the 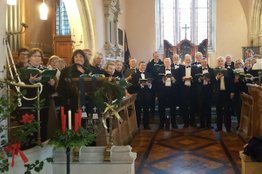 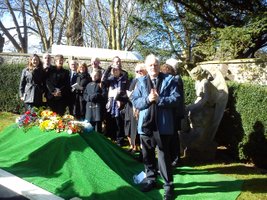 We were thrilled to be invited to sing for the filming of 'The Golden Years'.  The film is due to be released on 29th April 2016 and has an array of British stars including Alun Armstrong, Simon Callow, Una Stubbs and Sue Johnston.

The photo  shows some of the choir taking part in a graveyard scene during filming.

for all to join

The aims of the Choir are:

•To improve the performance of the choir through a varied repertoire

•To present a programme of concerts each year